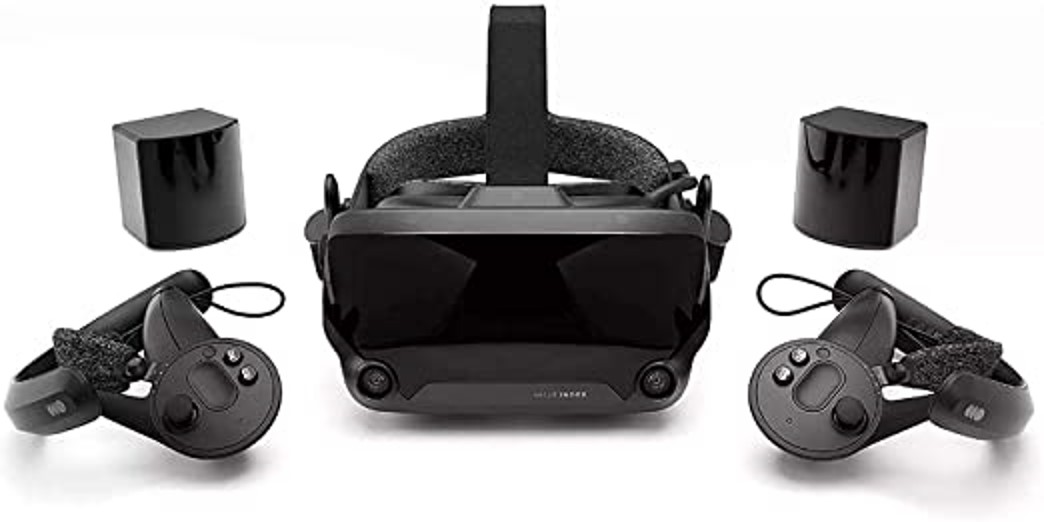 The virtual reality system is equipped with a Valve Index VR headset and two Base Station 2.0 sensors with wireless synchronization. The virtual reality headset features dual LCD screens with a resolution of 1440×1600. They offer 50% more subpixels than OLED, resulting in higher clarity for the same rendering cost. The headset operates at 120Hz, with low compatibility up to 90Hz, and has an experimental mode of 144Hz. It can be adjusted according to the size of the head, the angle of the face, and the position of the user’s ears.

Regarding the correct positioning of the headset, it is important that it is positioned so that the user has a good visibility of the virtual environment. The helmet is equipped with a wheel behind it that allows you to adjust its size. For eyewear wearers, it is recommended to position their virtual reality headset over the eyeglasses (if the shape of the glasses allows this).

The VR system also contains two Valve Index controllers. They guide the user’s hand in the virtual environment, being able to track the position of the fingers in real time.

Moving in the virtual environment is done with the help of at least one sensor (such as base station 2.0), which facilitates the synchronization of the user in the virtual environment. The user can move around the defined area without any problems. The active space represents the proximity of the physical limit of the space allocated to the virtual reality area, the latter being demarcated with a blue fence.

Teleportation allows the user to change their location in the virtual environment. It is activated using the lever (controller), by pressing, in the direction in which the user wants to move.

The devices used for the virtual reality system are the following: