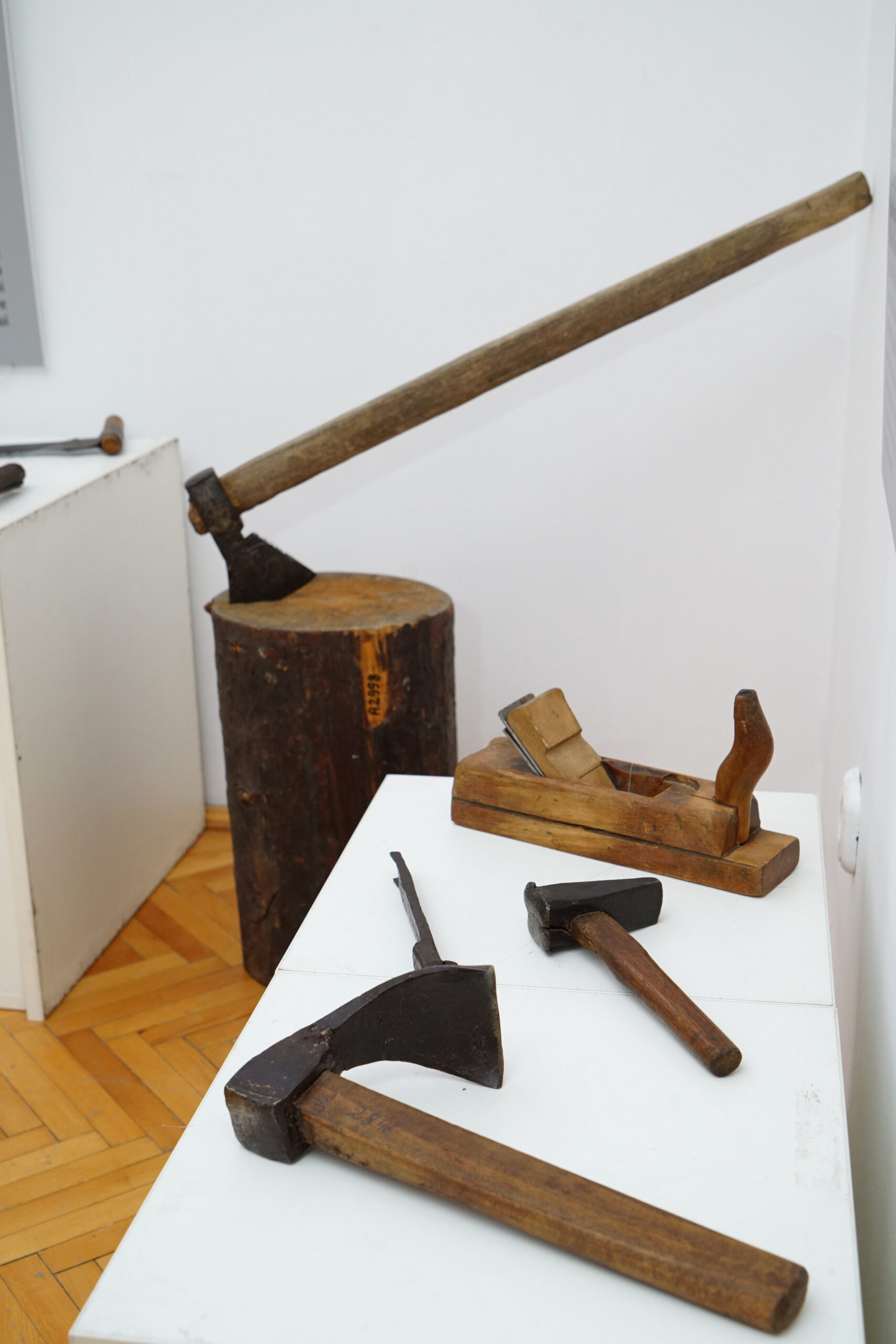 In the exhibition related to the project ”The Church of Horea – a heritage for the future. Valuing an 18th century architecture monument through virtual reality”, a project carried out by the  Transylvanian Museum of Ethnography, together with the Technical University of Cluj-Napoca and the Norwegian association NUDA AS, financed with the support of EEA Grants 2014 – 2021 within the RO-CULTURE Programme, a series of tools used by carpenters are exposed.

In rural areas, any head of the household should have a minimum of woodworking tools in the household (ax, hatchet, hand saw, drill, etc.) and also have the ability to cut, trim, carve wood and make from it simple tools, objects, pieces of furniture. Some of the villagers who practiced this occupation most of the time (thus serving the requirements of the village) were called carpenters. Some of them became specialized craftsmen, taking their name from the main objects. Building of a house or church or other wooden elements was done by carpenters.

Among the areas that have produced over time many skilled craftsmen in wood processing, Sălajul stands out. Being a large area where the working wood was abundant, there have always been important specialists in the processing of this material, thus finding entire villages specialized in making one or another of the wooden objects. Among these craftsmen there were also some who were famous in the construction of wooden houses, churches or other monumental wooden constructions.

Among the craftsmen of the churches in Sălaj is Vasile Nicola Ursu, also nicknamed Horea, the leader of the peasant uprising of 1784. He, although not originally from the Sălaj area, lived for a time in Ciucea and in the surrounding villages. He worked with his fellows, probably local carpenters, the wooden church in Cizer (as evidenced by the inscription engraved in Cyrillic letters on one of the beams on the north wall of the nave: “Worked Ursu H”), now in the open-air section of the Transylvanian Museum of Ethnography.

Some important carpentry tools are displayed in this exhibition, as one can see in the images.