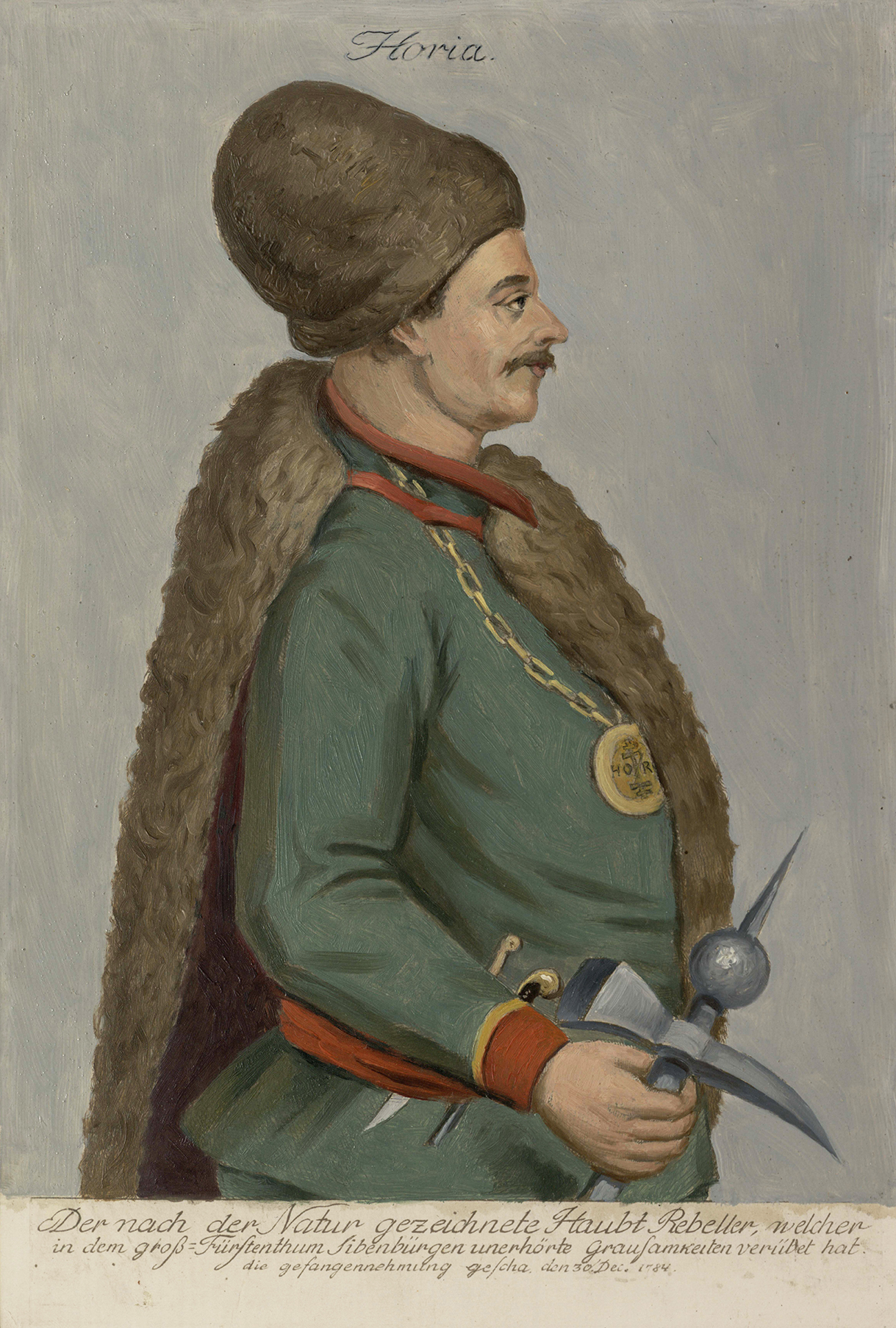 Vasile Nicula Urs was born in 1730 (1731?) in Albac village, Alba county. Nicula was known as Horea, a nickname given to him because he was a good singer and knew how to “dance” beautifully. At the same time, it is also known as Ursu Nicola, due to a custom present in the Apuseni Mountains, according to which the peasants gave the children names of animals or solid trees so that they take over the power and vigor of the animal or tree after which they were baptized. This custom was maintained until the end of the seventeenth century, when it was banned by the Orthodox Church, as it was considered a pagan custom.

The boy’s childhood took place according to the harsh rules of the Apuseni Mountains – working around the house, caring for cattle and sheep, mowing, working in the woods, cutting wood, carving them, etc. He grew up with his mother, two brothers named Peter and Damian, and a sister. In his youth he married Ilina, with whom he had two sons named Ion and Luca. Between 1770 and 1773, Horea lived with his family in Ciucea, Cluj County.

He learned the craft of carpentry (most likely) from his father and gradually became a way of earning a living. Due to the precarious conditions in the mountains, many inhabitants flee to the villages at the foot or to the plain. This is also the case of Horea, who arrives for a while in the parts of Călata, on the estate of the Banffy family, then near Ciucea. Being a carpenter, he built wooden churches, some of which have survived to the present day, although he did not use any iron nails to join the wood in the construction of the wooden churches. Together with other craftsmen, he built a beautiful wooden church in Cizer (Sălaj) which stands out for its monumentality, proportionality of parts, exterior ornamentation. The construction of the church was completed in 1773. Being a monument of historical and cultural importance, it was moved in 1968 to Cluj-Napoca in the open section of the Transylvanian Museum of Ethnography (today the National Ethnographic Park “Romulus Vuia”). The cultural and historical value of the monument is given by Horea’s signature made on the vault inside the church “worked Ursu H (orea)”. Horea’s team of craftsmen also built a church in the village of Bodiu (Sălaj) and probably other buildings, especially peasant houses, which are no longer preserved.

A decade after the finalization of the church in Cizer, Horea played one of the main roles in the development of the peasant uprising of 1784, entering, through his martyrdom, into national history. Due to this unique destiny, the documents of the time caught snippets from his life. Several epoch images of this church craftsman, who was otherwise meant to remain anonymous, are also known.